The children of Blue have delved further into the world of dragons and medieval chivalry as over the last week they have been looking at the fascinating yet complex question…How to train a dragon?

By looking at other forms of animal training and husbandry such as wild mustangs, sensory dogs and even bomb disposal rats, the children have come up with some ingenious methods of training their dragons and putting them to good use around the castle! The photographs show child hard at role-play to support their future writing. 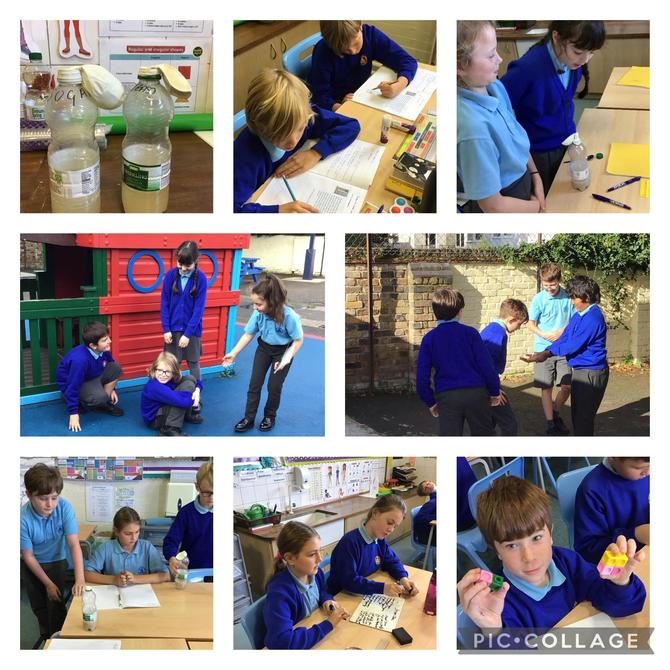 There have been some budding zoologists and botanist in Blue 6, this week as we explore the work of Carl Linnaeus. The children learned about his Latin naming system for living things and went on to creating their own new species of plant/animal. They then wrote about their creature’s diet, habitat and ways in which their animal/plant had adapted to its environment. In art, we have looked at the different designs of flags used during the medieval period in order to help towards our own flag designs. 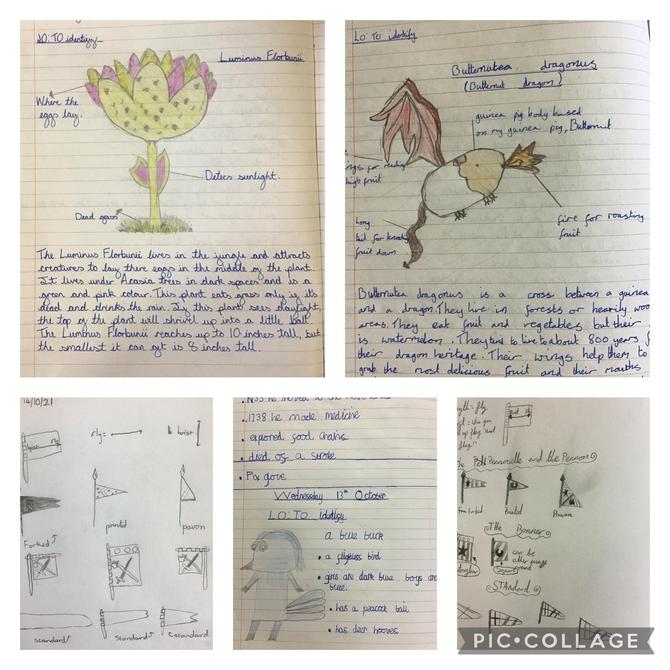 This week we have been investigating the mystery behind the missing piece of the Bayeux Tapestry, together we have hypothesised and then deigned the missing piece. Not only have been historians, but we have also been expert dragonologists! We have written factual non-chronological reports about dragons to inform novices. 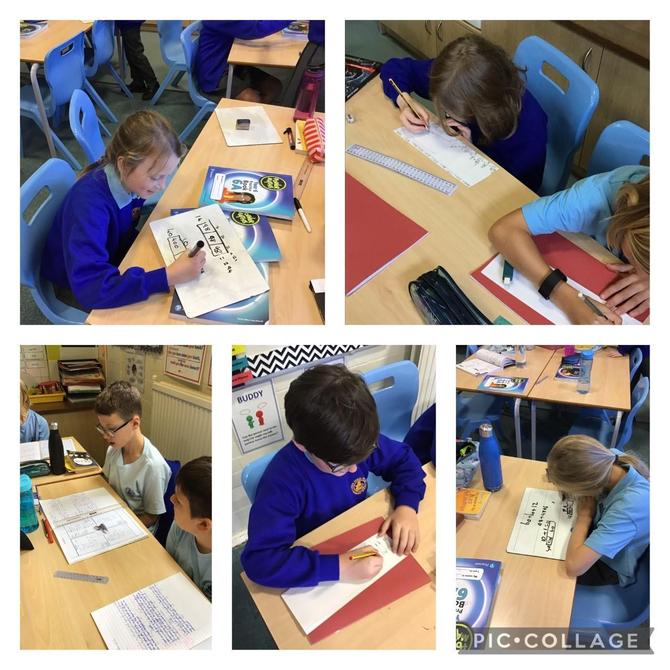 This week across Year 6, we were given the important task of creating posters for Refugee children in Southend. Together the children discussed their understanding of the topic and displayed compassion and maturity. These posters were then sent off to the children and were well received. In Science, we have been looking at the ancient Philosopher and Scientist that is Aristotle. The children have been creating comic strips about his life and how he played an important role in laying the foundations of science today. 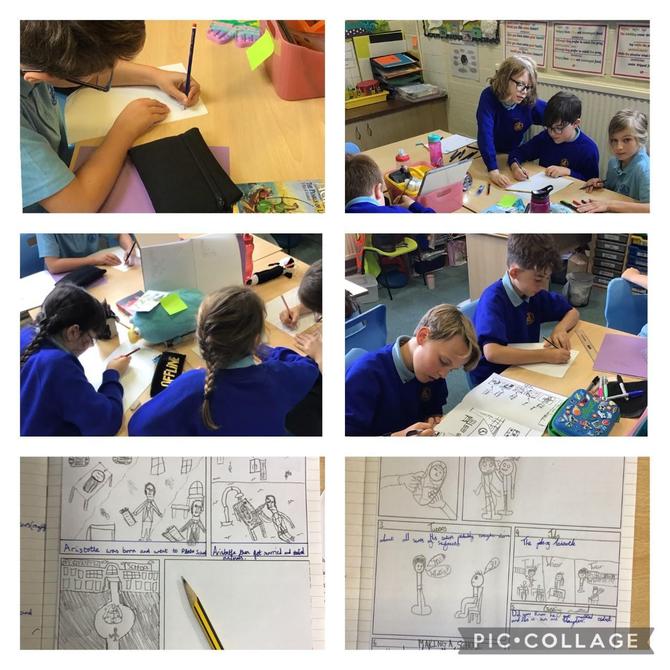 This week’s learning has allowed us to take a closer look at the mythical beasts that are dragons and how they came to be. The children are building up their knowledge on the fascinating creatures in order to create their own non- chronological report all about them. Not only has it been mythical beasts in English but this has also fed well into our art work, where we are developing our own coat of arms to represent us during battle. 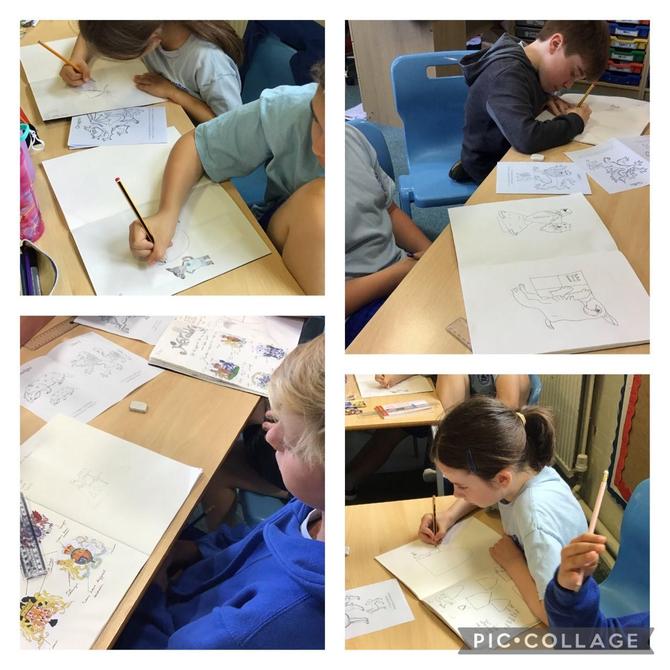 Although a busy week of assessments, Blue 6 have shown perseverance and dedication to their learning and should indeed be very proud of their achievements.

In between, we have still managed to enjoy a rich and stimulating curriculum, filled with PE, Swimming, Science, History, Art, RE etc. The children have focused on the areas they are most committed to- ranking these commitments. They have also taken a deep dive in to the historical background of Heraldry and how this allowed knights to be identified during battle. 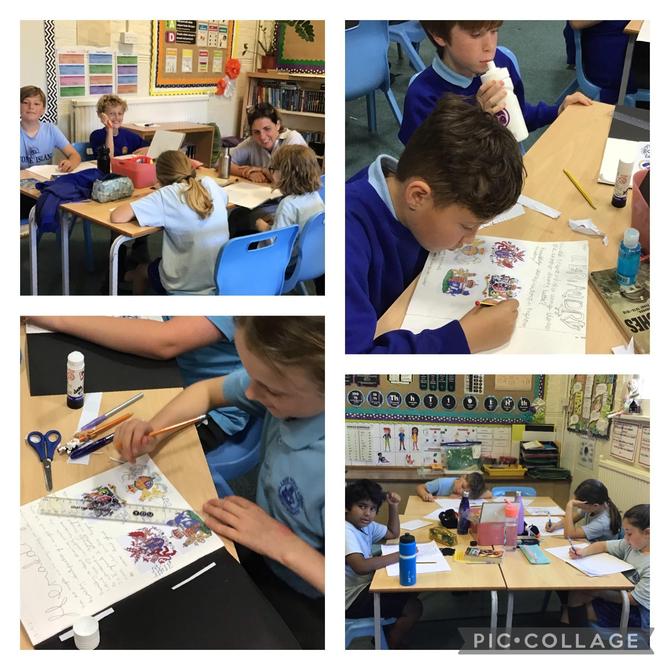 Welcome to Blue 6, it has certainly been a fun week of learning and getting to know one another. This week saw the children planning and writing extracts about a knight’s encounter with a deadly dragon, the children thoroughly enjoyed acting out verbs related to the text and enacting their stories in a role-play. We have started Hockey in PE with a focus on open stick dribbling and reverse stick dribbling, and learned about the characteristics of living things with the mnemonic -MRS NERG. 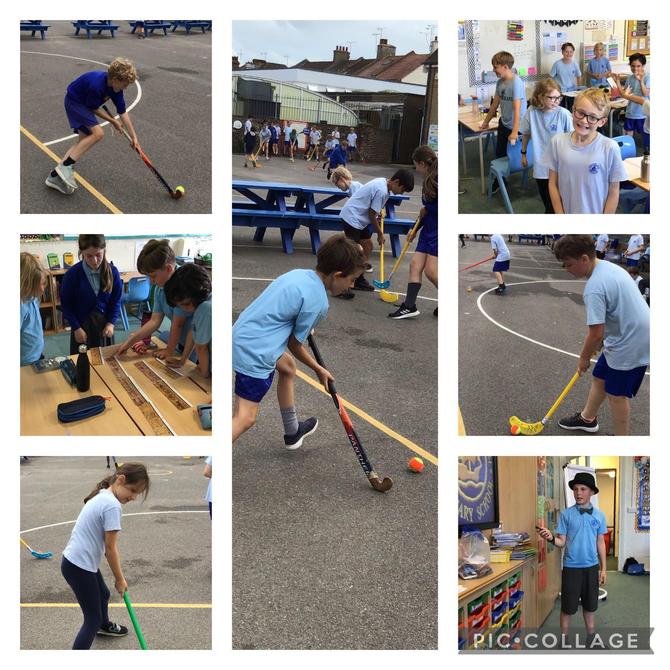