On Friday 19th November, our year 5 and 6 boys team represented North Street in their football tournament. The boys played well and despite not reaching the top ten we still achieved some very pleasing results and performances. We were narrowly defeated in a few matches but the boys continued working hard for one another and showed great teamwork, dedication and encouragement towards one another. Great effort boys and great sportsmanship! 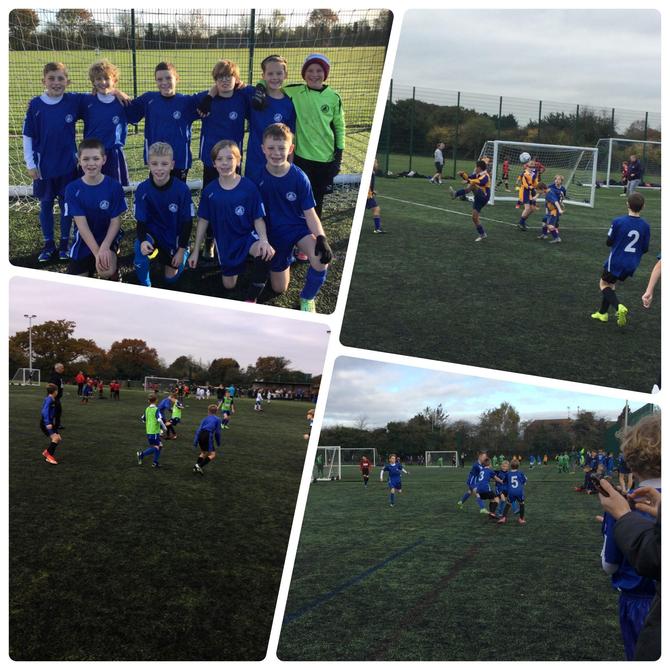 On Thursday 18th November Year 3 and 4 took part in a Dodgeball Tournament at Thorpe Hall school. As this was LNSP first Dodgeball Team, they were very excited to represent the school. They played the first round where they won 1 game and lost 2 although it was very close. We then played in the runners up group where we won against the other teams. The children were extremely proud of themselves and showed fantastic sportsmanship towards each other and the other teams. They were a pleasure to take and showed how fantastic LNSP children are. 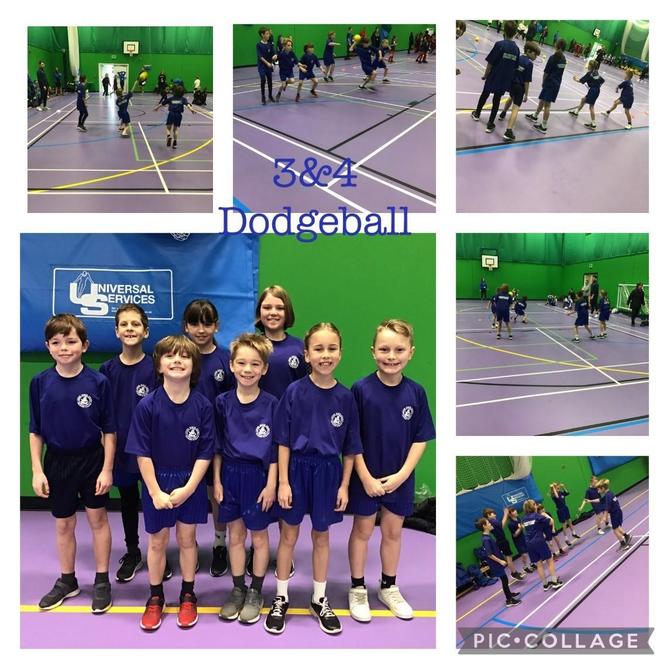 Well done to all of the Year 5 and Year 6 children who took part in the Cross Country at Garons Park on Wednesday 29th  September. There were some fantastic individual performances and we’re thrilled to see some of our athletes making it into the Essex Finals next year. Congratulations. Our team performances were also stand-out. Here are the overall results: 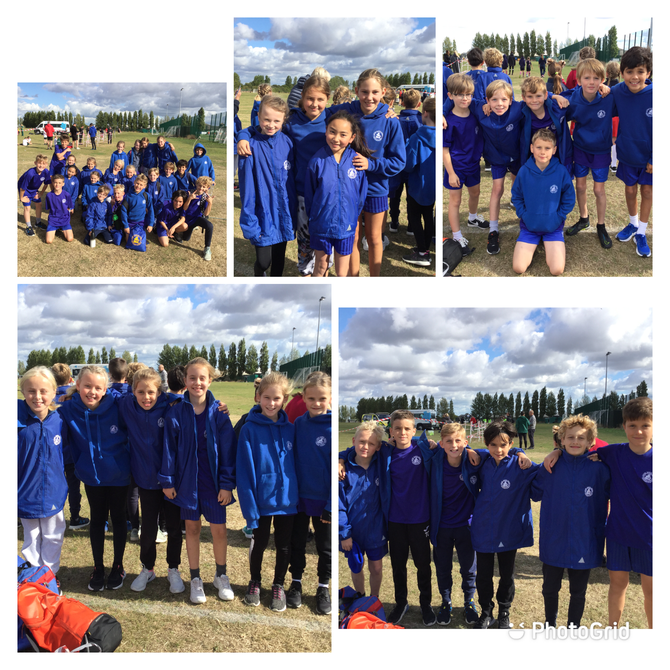 Today years 2 to 5 enjoyed their Daily Mile with a twist, a visit from The Elf. The Santa Dash was enjoyed by all with lots of festive head wear and Christmas jumpers. 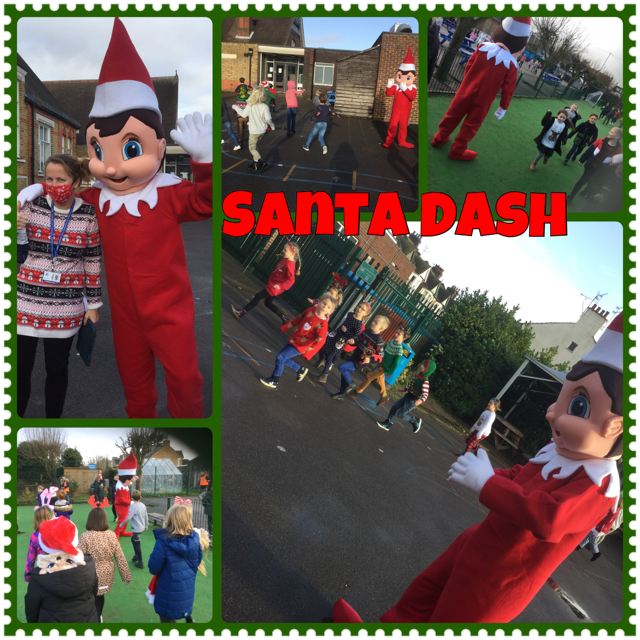 Sports Hall Athletics A big congratulations to all the pupils in Year 3 who participated in this event with so much enthusiasm and skill back in October. Some pupils scored really well in the pentathlon events and those that scored well in a particular event have been been awarded a medal. Overall Leigh North Street came 2nd in Southend and 6th overall in all of Essex. 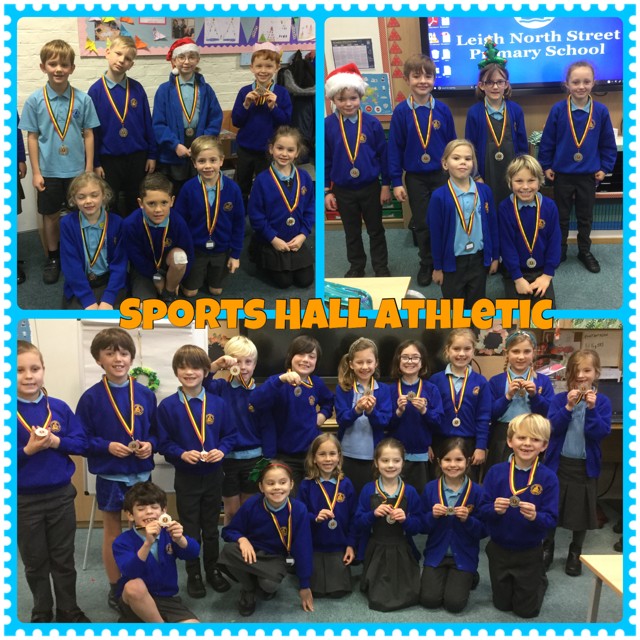 Over the last few weeks Year 3 have been practising and completing their multiple events to take part in the Local Virtual Sports Hall Athletics Competition. All their scores have been collated and added together. A special well done to Charlotte and Nevaeh for the highest combined scores in the Pentathlon achieving a Bronze Award. 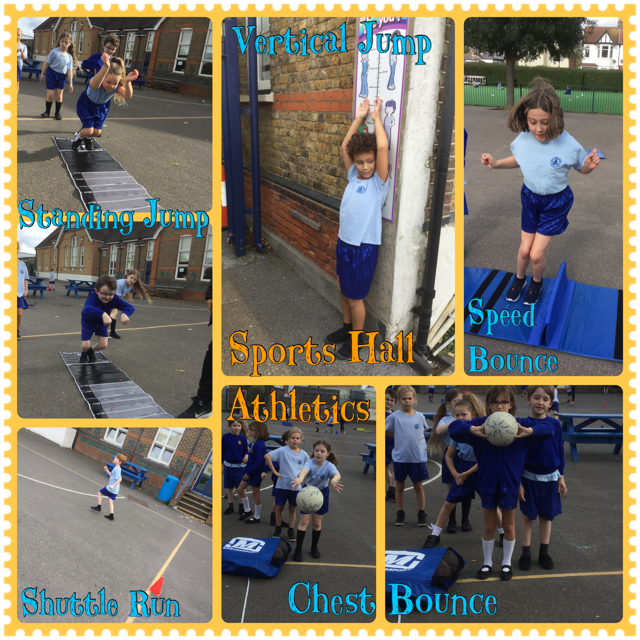 12 pupils represented the school at the local schools gymnastic competition, it was split into KS1 and Year 3 & 4 over the day. We entered the main competition for both and all of the pupils tried their hardest with brilliant performances from all. 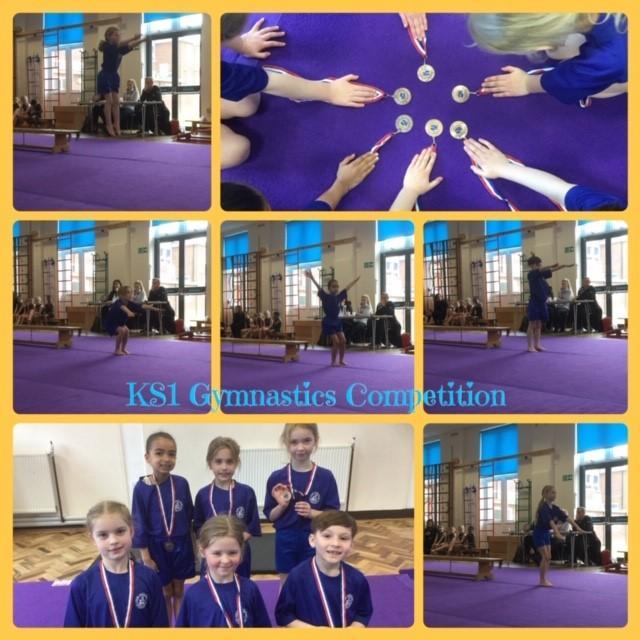 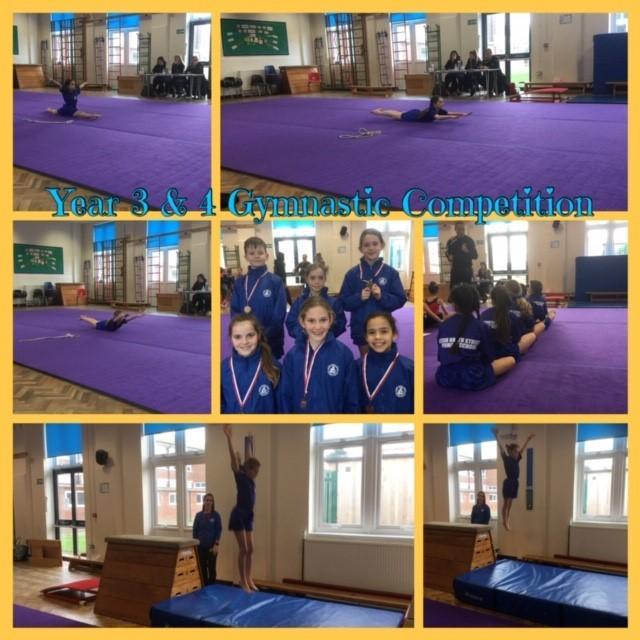 A little late to announce as the girls persevered for so long but we eventually called it a draw. This years conker champions goes to both girls. 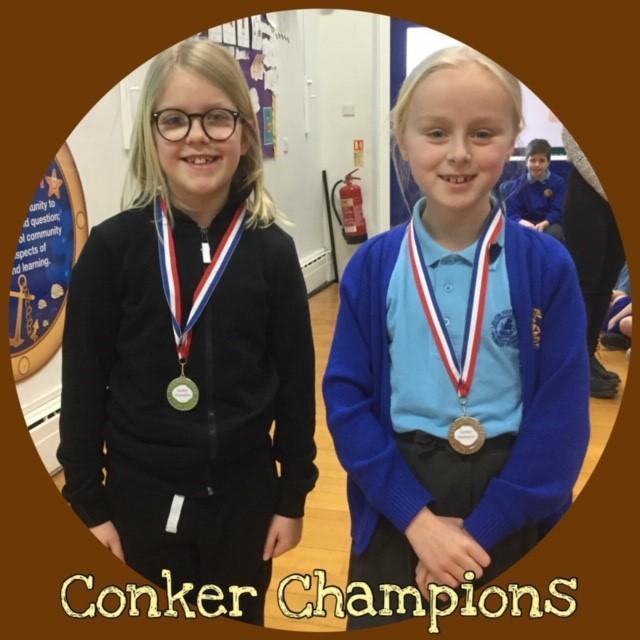 On a blustery but sunny day 23 KS1 pupils participated in the KS1 cross country event at Garons. Everyone tried their hardest and ran well, a special mention to Delilah who finished 1st and Esther who came 5th in their race. 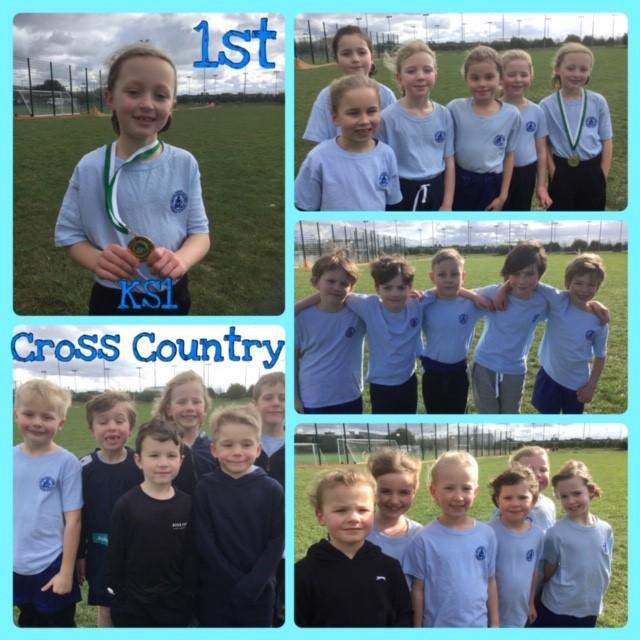 Well done to the year three and four boys that took part in the tournament at Len Forge. We narrowly missed out making it into the top ten despite winning two of our four group stage matches. As the afternoon progressed we played lots more matches and went on to beat many local schools. Throughout the day the boys showed great teamwork, sportsmanship and respect and were a real credit to the school. 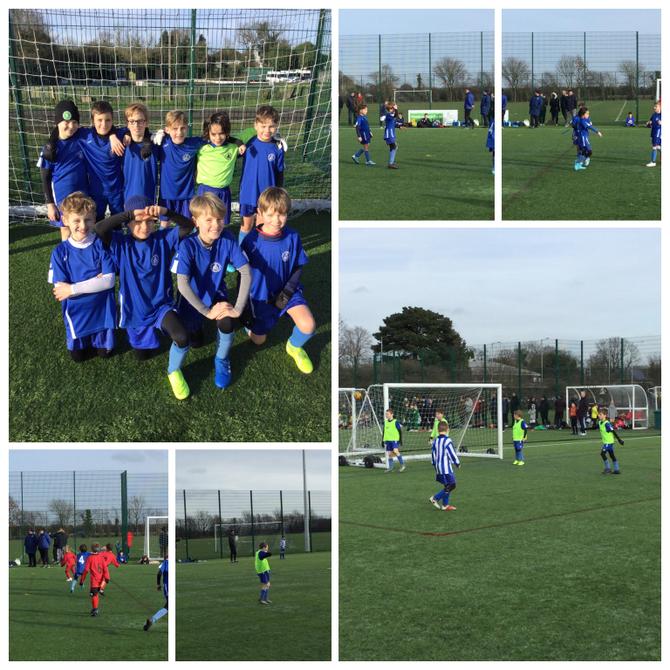 Well done to the fourteen boys that represented Leigh North Street in our friendly against Chalkwell. For many of the boys this was their first experience playing football for the school. We had a great time and really enjoyed the experience. Thank you to Chalkwell for hosting and well done to all of the boys for putting in such a good performance! 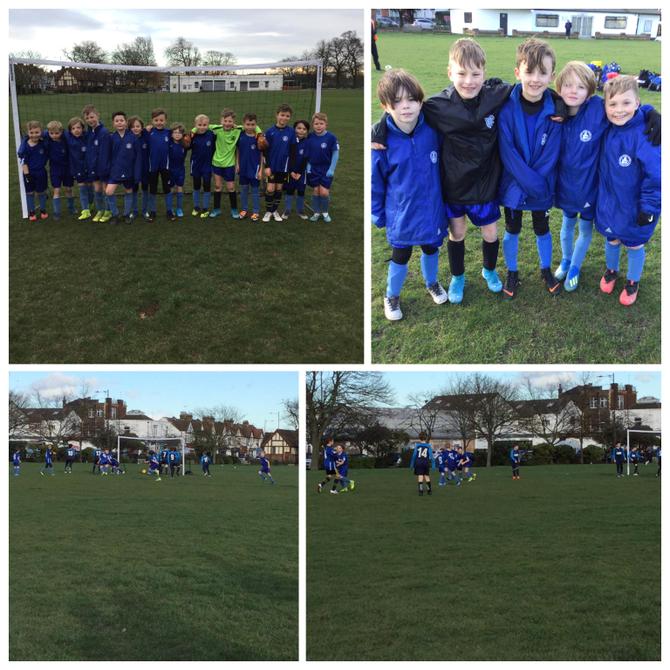 On a beautiful winter morning 10 KS1 pupils represented the school at Len Forge. They all played so well and encouraged each other all the way, they just missed out on progressing through on goal difference. We went on to play more games and everyone got to play lots more football with great enthusiasm. 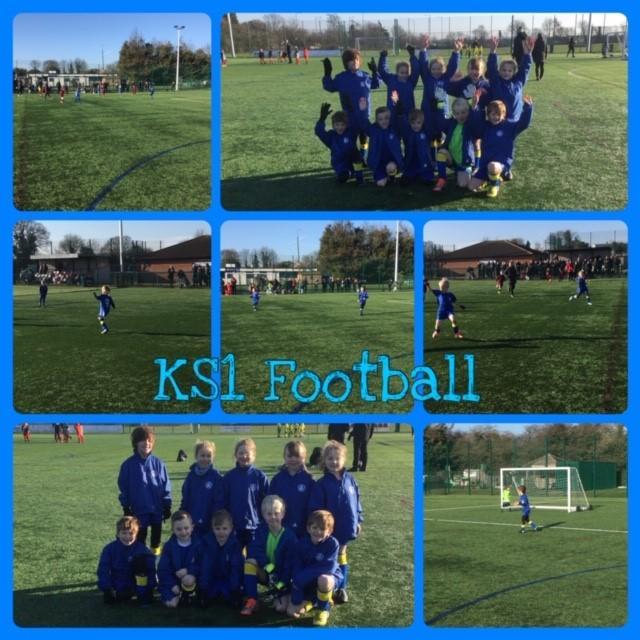 On Friday our year three and four girls’ team represented Leigh North Street in the tournament at Len Forge. They all showed great teamwork, determination and resilience to gradually improve game by game. We suffered a few narrow defeats but went on to eventually beat a few schools in the area including our local rival Chalkwell! 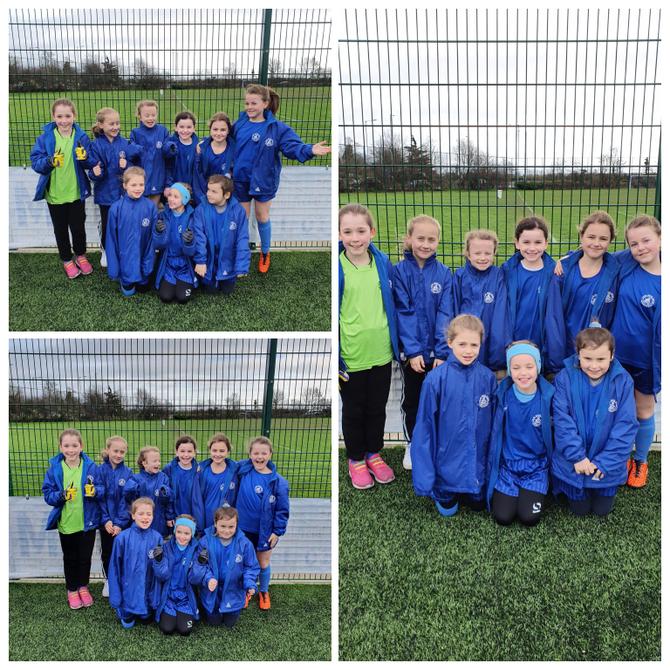 This week saw our first ever team participation in a Boccia Competition at Thorp Hall School. There was some brilliant match play and some nail biting finishes needing a tape measure to decide the final winners. The team really concentrated on putting in a great performance and showed great sportsmanship during all their games. In the afternoon we participated in the New Age Kurling competition and made it through to the Super 10. Again great team work and encouragement saw some close matches. It was a wonderful day of sport and a great demonstration of Leigh North Street children really living up to our ASPIRE values and demonstrating great acceptance of all participants, never giving up and all importantly having fun. 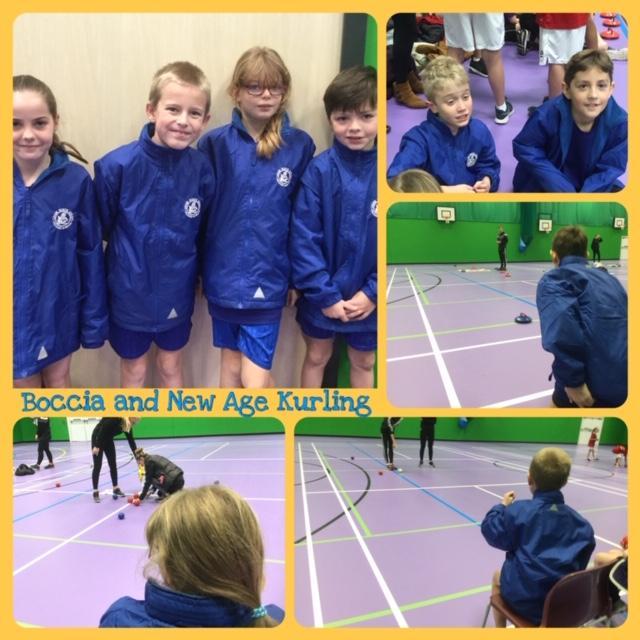 A big well done to all the pupils who have started their laps to Lapland with great enthusiasm and even some of the teachers have joined in. 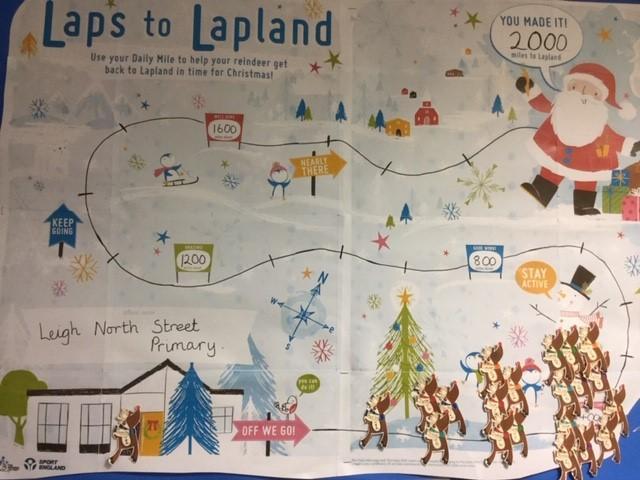 On a chilly Saturday morning 10 boys represented the school at the Turner Cup at Bournes Green. The boys had a tough first match but kept the heads up and kept trying. Unfortunately another school didn’t attend and so the boys only had one more game. They started well but after a lucky goal from the opposition they found themselves on the back foot. The boys had a brilliant second half but unfortunately the ball couldn't find the back of the net.

Well done to all the boys who came out and represented the school. 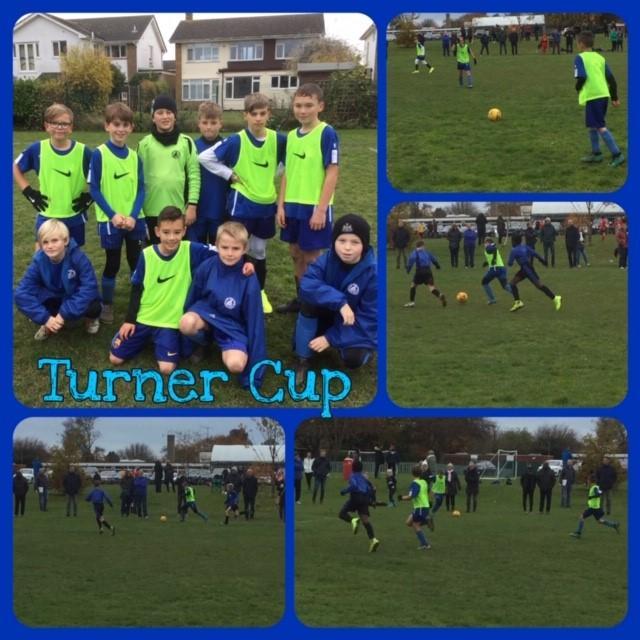 On Friday 22nd November the year 5 and 6 boys competed in the Len Forge football competition. Despite some very close games we unfortunately did not make the top ten this year. However we kept our heads held high and played excellently in the afternoon. At one stage we were on a three match winning run without conceding a single goal! Congratulations to Ralph for some stand out defensive performances and well done to Hirsh and Noah for some fantastic finishing. A big thank you to all of the parents that stayed to cheer on the boys despite the cold and thank you as well to Mr Upcraft for attending and helping to coach the team. We look forward to our next tournament in the Turner Cup. 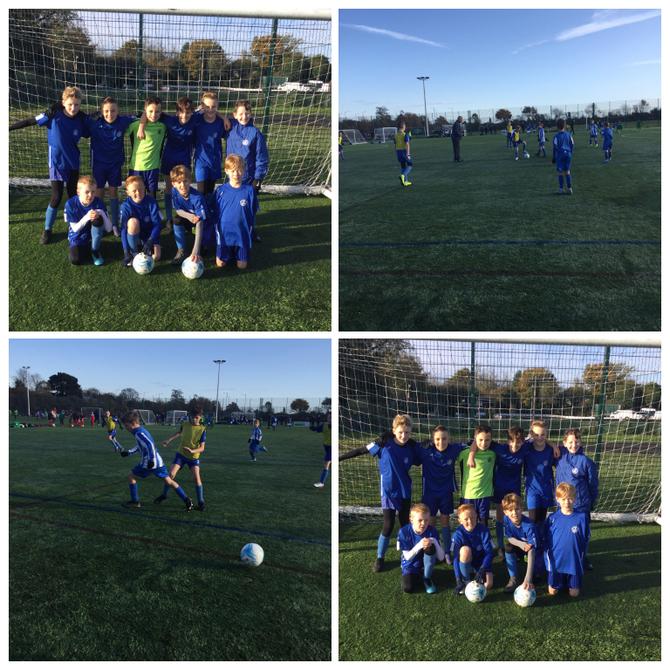 On Thursday afternoon many boys in year six (plus Tom in year five) had the opportunity to play a friendly against our local rival: Chalkwell. The boys in year six had not yet had the opportunity to play for the school and so were very excited to put on the North Street kit and represent our school. They all played excellently and despite going 1-0, we went on to win 4-1! Great effort all round boys! Well done! 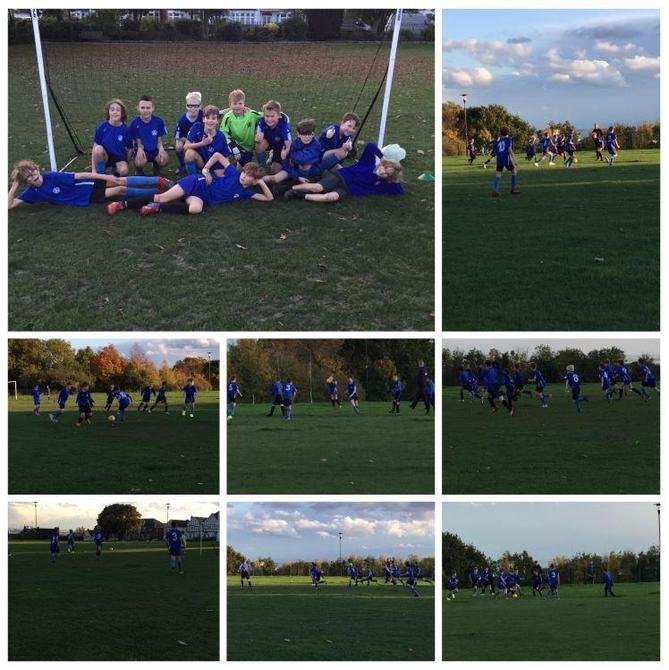